Keeping Termites In The Dark

Ostriches and Termites aren’t the only ones with heads in the sand.

Blocking out the bad is a human trait; thinking about termites seems to fall into this category.

Surveys from both CSIRO and Archicentre report that about a third of all houses/townhouses in Australia have now or have had a termite attack. Yet 80% of homes are not regularly inspected for termites.

A good question is: why not?

There are reasons like blocking some things out until you have to face it. The Archicentre survey put the average cost of treatment and repairs at about $8000. That’s average, but there are many instances where the home has to be refinanced to pay a renovation bill of $50,000+. That is hard to face.

Evening TV news often shows a segment where homeowners are distraught when timbers of their home are able to be crumpled by hand for the cameras.

Who gets the blame for a termite attack?

Sometimes it is professional pest controllers who didn’t look in the right place or didn’t look at all. To be fair to the diligent inspectors, they cannot be expected to find live termites in wall stud timbers hidden behind plasterboard or in roofing timbers covered by sarking and/or insulation. Or even deep inside built-in wardrobes crammed with clothing, toys, books, etc., where a homeowner didn’t make any effort to make the inspection process more valid.

Builders, architects and yes, the real estate agent are also blamed; they don’t want to bring any negatives to the fore. Younger homeowners expect a recently built house to be “termite proof.”  Paradoxically, termites are more likely to be attacking homes built in the modern style with concrete slab floors than homes built with suspended wooden floors. Any homeowner expectation of built-in termite protection is not justified but the termite threat never enters their minds anyway and they become one of the 80% doing nothing about it.

The cost, and maybe the inconvenience, of a professional inspection is another given reason. “Why pay hundreds of dollars for an inspection by a bloke you can’t be sure will do the right thing?”

If you are in the 80%, you won’t know how costly those sneaky termites are— until you have them. So, don’t let them get started. Inspecting your home yourself will mean that even if they do find a way in, they won’t have damaged very much by the time you find them.

It’s not that hard or complicated says Ion Staunton, who for 40+ years taught professionals and wrote their text books before he invented a simplified system that enables ordinary homeowners to do what he calls “a proper job without poisons or special equipment.” It follows the same principles as the mainstream professional systems but costs hundreds instead of thousands of dollars.

He says despite the best laid chemical and physical barriers, termites still get into buildings. The chemical barriers degrade over about 10-15 years and although the physical barriers such as stainless steel mesh, particulate glass or granite may last “forever”, the termites that attack those one in three homes have managed to by-pass barriers by getting in through additions, extensions, new landscaping, etc.

Do a proper job on termites … yourself!

Professionals have been using termite monitors around buildings for over ten years, because they work! Homeowners can either build or buy and install their own monitors and they will work as well. Ion Staunton’s “Eureka” moment, when he switched from helping only professions to also directly helping homeowners, came when he invented and patented the detection part of his monitor. Recognising the natural termite instinct to block out light, he purposely left a hole at the top of the cardboard attractant inside the monitor. Using a clear cap to let in light and keep out rain, homeowners can glance into the monitor as they walk past. If the hole is clear, you just keep walking. 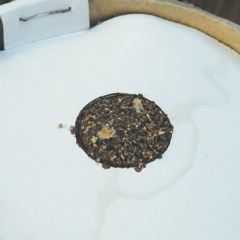 If termites have blocked the hole to block out the light, a safe to humans, pets and wildlife termite bait is added so it can be taken back by the workers to kill off the colony wherever it is. This bait is also the same as used by mainstream professionals but now anyone can buy it.

Now can get monitors and bait that works, you may also want reassurance that you can get the helpful advice to actually defend your home now and into the future.

Ion, the text book writer, has turned these skills to writing this website for homeowners who think they would like to do a proper job without poisons or special equipment— including how to regularly inspect their homes.

So, why not do it all yourself? And save thousands. 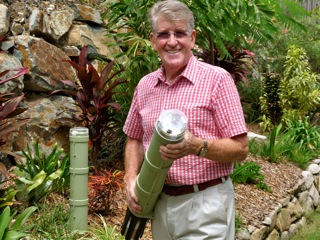